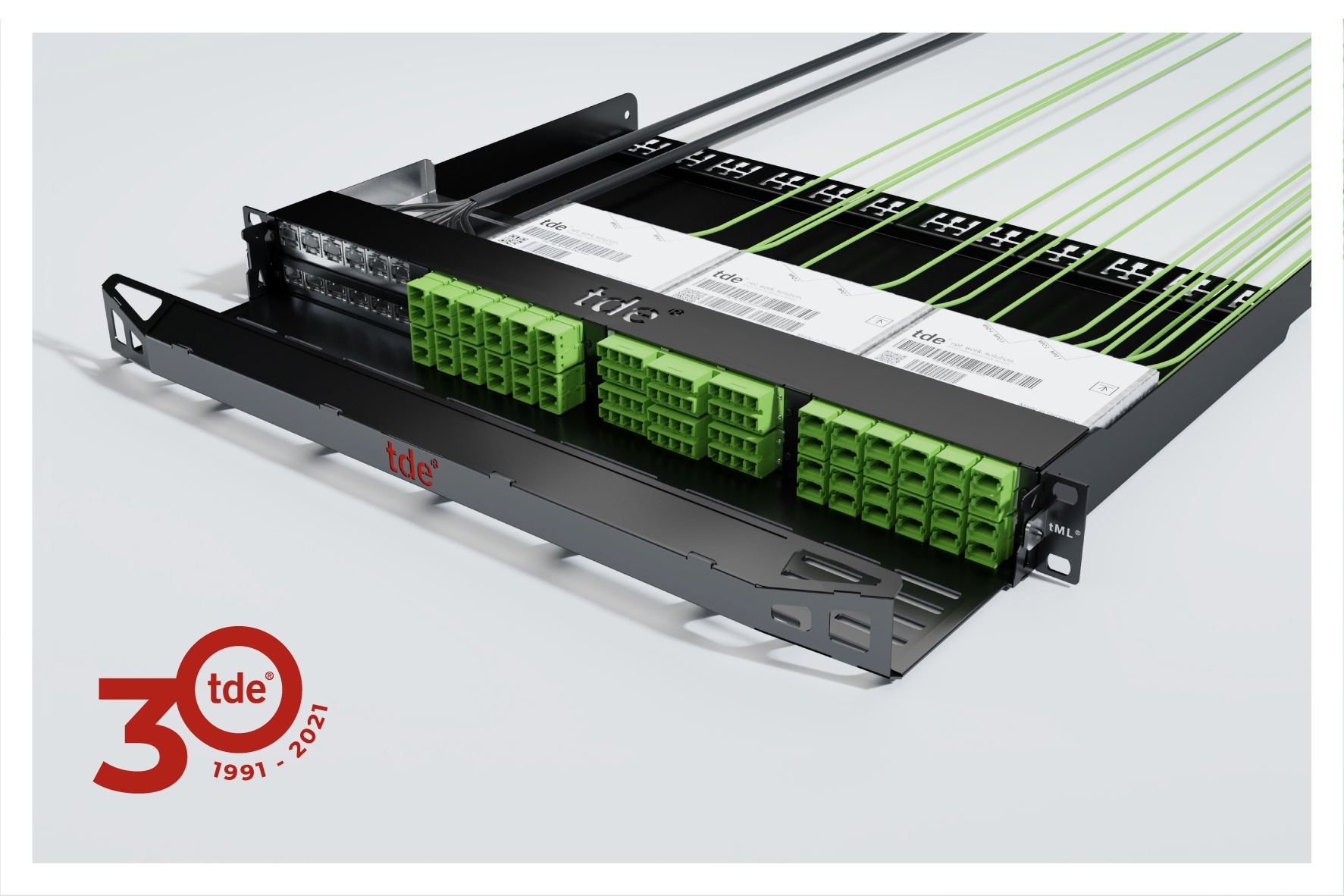 Dortmund/Germany, September 21, 2021. The network specialist tde – trans data elektronik has fundamentally redesigned its 19-inch tML rack mount enclosure for fixed installation: the new model not only has a modern design, but also offers improved functionality. The tML rack mount enclosure has a capacity of up to eight modules from the tML-Standard, tML-Xtended, tML-24 and tML-32 product ranges. When fully equipped, it offers space on a 19-inch height unit for 96x fibre optic LC duplex ports with 192 fibres, 96x 12-fibre MPOs with 1152 fibres or 96x 24-fibre MPOs with 2304 fibres. In combination with the fibre optic MDC module, the rack mount enclosure achieves a doubling of the packing density compared to LC duplex and, in combination with the innovative tML-24, offers the industry’s highest packing density and greatest flexibility when migrating to high transmission rates.

The network specialist has adapted the design to the extendable rack mount enclosure that has been successful on the market since 2017. Compared to the predecessor model, the module carrier, in which the modules are mounted with screws in the front panel, looks much more modern. The stable module carrier has a single-piece design. “Additional parts, such as entries for breakout cables, are not necessary – these are already integrated at the rear across the entire width,” explains Andre Engel, Managing Director of tde. “This saves network technicians time when assembling on site.”

To further reduce valuable installation times, the well-designed cover with integrated patch cable routing, already known from the pull-out rack mount enclosure, can also be used. It improves horizontal patch cable management and provides access protection for the ports. At the same time, network technicians are able to label the magnetic labelling strip and neatly document the cabling. With the new tML rack mount enclosure for fixed installation, customers benefit from improved functionality and price stability at the same time: the new rack mount enclosure is no more expensive than the previous version.

Like the extendable rack mount enclosure, the new tML rack mount enclosure for fixed installation in conjunction with the tML system platforms scores with maximum packing densities and the greatest flexibility in the migration to high transmission rates of currently 400 G: when fully equipped with eight modules, the new 19-inch tML rack mount enclosure is capable of housing 96x fibre optic LC duplex ports with 192 fibres, 96x 12-fibre MPOs with 1152 fibres or 96x 24-fibre MPOs with 2304 fibres. Configurations with 16-fibre MPOs, 32-fibre MPOs are also possible. Different modules with fibre optic and copper ports, for example RJ45, can be combined within a module carrier. With the fibre optic MDC module for the tML platform, which was introduced in 2020 as the first in the industry, companies, planners and network engineers achieve a doubling of the packing density in the patch area compared to LC duplex connectors: to achieve this, tde was the first manufacturer to integrate the compact MDC connector from US Conec into its tML cabling system. Nevertheless, older connection technologies such as SC, ST or E2000 are also compatible with the tML.

tML is a patented, modular cabling system consisting of the three key components module, trunk cable and rack mount enclosure. The system components are 100 percent manufactured, pre-assembled and tested in Germany. They enable plug-and-play installation on site – especially in data centres, but also in industrial environments – within the shortest possible time. Heart of the system are the rear MPO/MTP and Telco connectors, which can be used to connect at least six or twelve ports at a time. The fibre optic and TP modules can be used together in a module carrier with a very high port density. The tde offers its tML cabling system as a proven tML standard system and in the highly innovative variants tML Xtended, tML-24 and now tML-32 for extreme scalability and very easy migration to higher transmission rates such as 40G, 100G, 200G and 400G.

About tde – trans data elektronik GmbH
For 30 years the tde – trans data elektronik GmbH, an internationally successful company, has specialised in the development and production of scalable cabling systems for highest packing density. The nuclear research centre CERN relies on the know-how of the leading company in multi-fibre technics (MPO) as well. The company”s portfolio “Made in Germany” contains complete system solutions with a focus on Plug-and-play for high speed applications in the field of datacom, telecom, industry, medical and defence. tde offers both planning and installation services through its own service department and supports the “European Code of Conduct” when it comes to energy efficiency in data centres. For more information, visit www.tde.de or follow us on LinkedIn, Twitter und Xing. 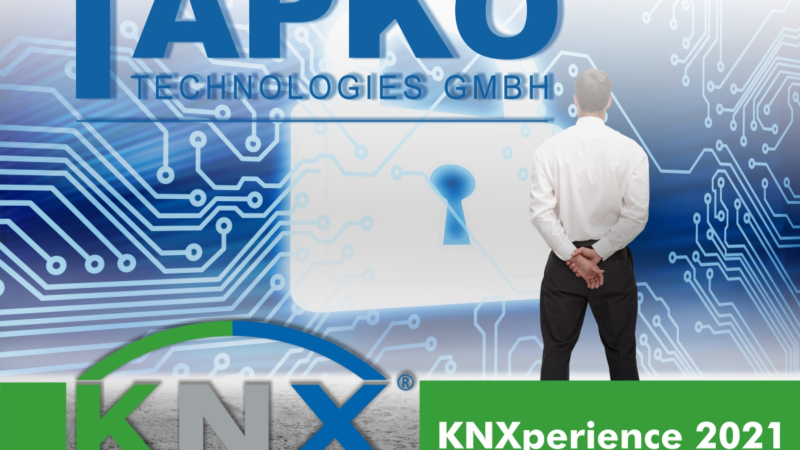 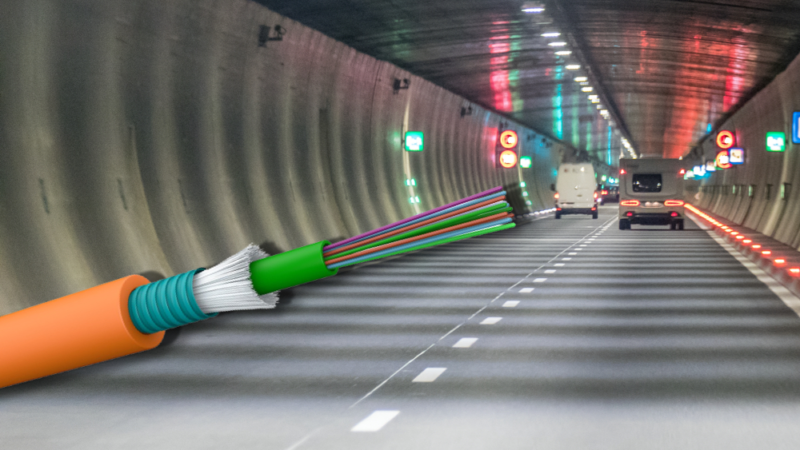 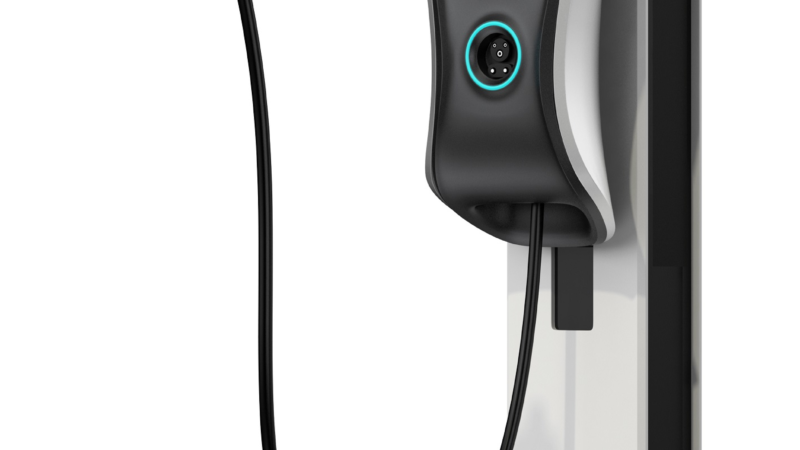 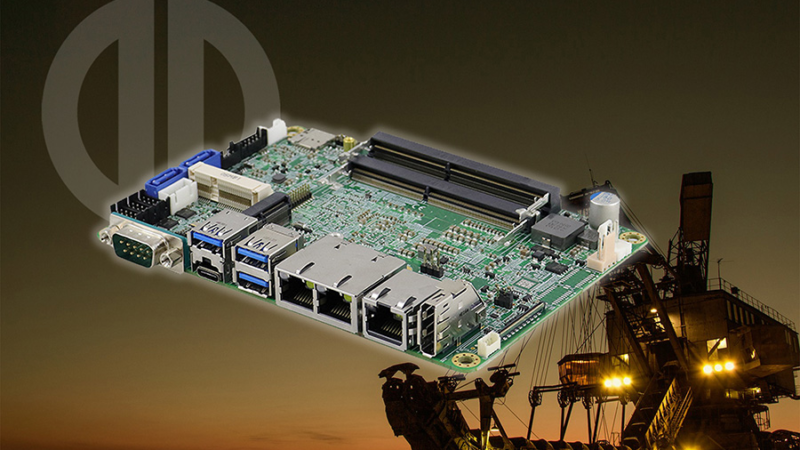 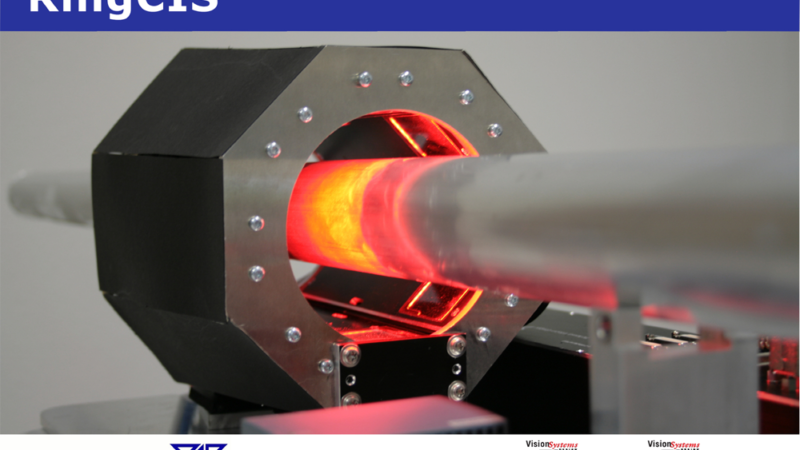 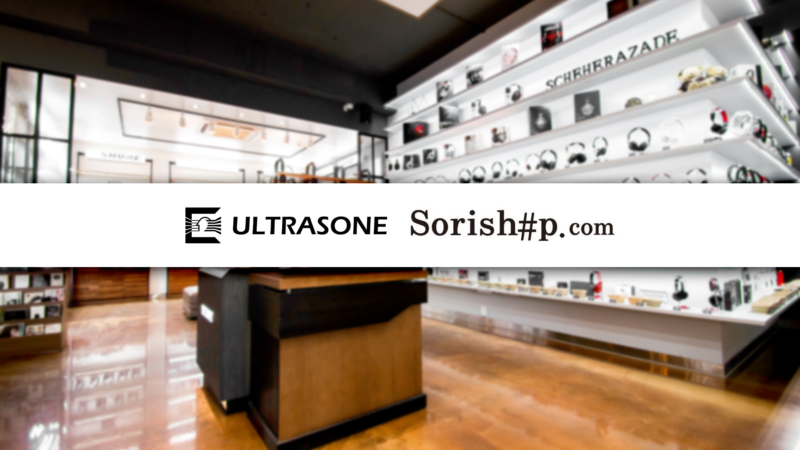